Ultraviolet (UV) germicidal lights produce short wavelength light (or radiation) that can damage the genetic material in the nucleus of cells of microorganisms such as bacteria, viruses, and molds. The cells may be killed or made unable to reproduce. With extended exposure, UV germicidal irradiation (UVGI) can also break down the particles that have deposited on an irradiated surface. Plastics, human skin, and eyes can also be damaged by UV light.

UVGI has been installed in occupied rooms in a manner that causes air near the ceiling to be irradiated, these are sometimes called upper room air UVGI systems. The systems are designed so that little of the UV light penetrates into the occupied portion of the room. The purpose of these systems is to kill or deactivate the bacteria and viruses within small airborne particles that sometimes cause infectious diseases. Thus, these systems are used to reduce rates of airborne transmission of respiratory infections, infections of wounds, and infections at the sites of surgery. This review will not consider the effectiveness of UVGI in reducing infections of wounds or surgical sites.

The extent to which UVGI systems kill or deactivate cells depends of the intensity of the UV light, the duration of irradiation, humidity, the target organism, and other factors. Effective destruction of molds and bacteria on surfaces of cooling coils and drain pans requires a less intense UV light source than effective UVGI deactivation of particles in a flowing airstream because the surfaces are irradiated continuously while the particles in flowing air may be irradiated for a very short period. Research has demonstrated up to 99% reductions of molds and bacteria on irradiated surfaces [49-51]. The effectiveness of UV systems that irradiate microorganisms in flowing air can also be substantial but is less dramatic and depends highly on the microorganism type, air velocity, humidity, the size of the particles carrying the microorganisms, and the UV system design [51-54].

Much of the research on the health benefits of UVGI has been performed in health care settings such as hospitals, including tuberculosis wards in hospitals. Other study sites have included barracks, schools, offices, and homes. Much of the research was performed in the first half of the 20th century. Reed [55] provides a review of the history of UVGI research, referencing numerous studies. Several early studies, starting in the 1930s, indicated that upper room air UVGI was effective in reducing measles, tuberculosis, and influenza; however, many of the subsequent studies failed to detect reductions in respiratory infections with UVGI. For example, the results of an early study by Wells et al. [56] indicated that upper room air UVGI substantially reduced transmission of measles, but not common colds, in U.S. schools, while a subsequent larger study in six schools in the United Kingdom [57] failed to find clear reductions in respiratory infections with use of upper room air UVGI. UVGI appears to be more likely to reduce respiratory infections when applied in crowded spaces, and when there are few opportunities for infection away from the spaces containing the ultraviolet equipment. A series of four studies in military barracks suggest about a 20% reduction in respiratory infections with upper room air UVGI [58]. Also, a study during an influenza epidemic found that rates of influenza infection in a Veterans Administration Hospital building with upper room air UVGI were almost 90% lower than rates of infection in nearby hospital buildings without UVGI [59], providing data suggesting that UVGI might also reduce influenza outside of health care settings. One of the most recent large studies evaluated the use of upper room air UVGI in homeless shelters to reduce tuberculosis; however, the study led to no clear findings because of low rates of tuberculosis infection even in the homeless shelters without UVGI [55, 60]. It did document that upper room air UVGI can be safely applied, with little exposure of occupants to the UV light. Research has shown that UVGI systems can reduce tuberculosis infections in guinea pigs housed in cages ventilated with air from tuberculosis wards [61], suggesting UVGI may be effective for reducing tuberculosis infections in people in other settings.

There have been few published studies of the health benefits of applying UVGI systems in ducts of HVAC systems outside of health care facilities. In a study within three office buildings [50], UVGI systems were turned on and off multiple times while not informing occupants. Work related self-reported acute health symptoms were assessed using questionnaires. There were statistically significant 20% to 40% decreases in symptoms during periods of UVGI system operation. Another study installed UVGI systems in HVAC ducts of the 17 homes of 19 mold-sensitized allergic children [62]. The systems irradiated particles in air moving through the ducts, but not the cooling coils or drain pans. During some periods, the UVGI systems were replaced with placebo systems containing a blue light. With the UVGI systems operating, there were statistically significant 30% to 50% improvements in several health outcomes. Asthma symptom scores, days with asthma symptoms, and asthma medication use improved in one UVGI treatment period but not in a second UVGI treatment period. Peak expiratory flow rate variability, a measure of lung system performance was improved in both UVGI treatment periods. There were no statistically significant improvements in several other reported symptoms or in forced expiratory volume, another measure of lung system performance.

In summary, studies of the health benefits of applying UVGI systems have inconsistent results. Also, there have been very few studies of UVGI in HVAC systems outside of health care facilities. The evidence of potential health benefits is sufficient to warrant further research. UVGI appears to be more likely to reduce respiratory infections when applied in crowded spaces and when there are few opportunities for infection away from the spaces containing the ultraviolet equipment. 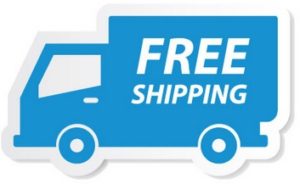 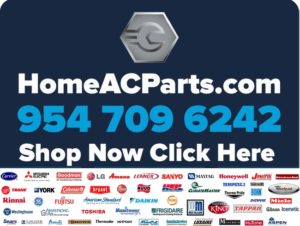 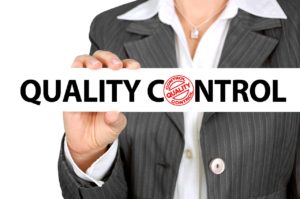